These paintings are part of the series, Caught in the Act, inspired by the gestural actions of modernist painting and a connection with the drama (and pathos) of theatre and performance. The “action” is set against deep black areas with shapes that suggest openings through which the action takes place. A stage is referenced through the sweep of curtain-like gestures framing the action, and the curled up canvas in some of the paintings is a kind of stage. The large gestures and drips are meant to give the painting a feeling of openness to continued manipulation and also to interpretation - more process than finality. I like to play with visual puns and while very serious on one hand, I also include an awkward sense of humour in these paintings – some more than others.

I would like the viewer to respond viscerally to the colour popping out against the black and then be captivated by the more subtle shifts in the temperature of the colours, some of the smaller details and the textural variations in paint application. While felt in the body, I would also like the paintings to be sites of free association and musing, where the suggestion of space, openings, windows, doorways and stages spark some kind of vague reminiscing and imagination. I would like the paintings to seem suspended in action and so the viewer can imagine, feel or think a resolution that is constantly in flux.

The paintings in this body of work, Caught in the Act, begin with a process of overlaying cold wax mixed with black oil paint overtop of older “finished” work, abandoned ideas and/or failed paintings. Using various tools the thick black wax is removed in sections, although traces of it are always left behind. In response to what visual information is revealed by this excavation further painting incidences are added to surface of the painting, and/or it is cut into so that painting drips down through tubes from behind the canvas. Embellishes are added, colour is laid down on top, drips further interrupting the surface and these actions are framed by the suggestion of curtains. It is a play between concealment and what is revealed. 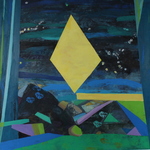 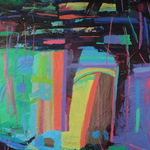 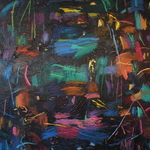 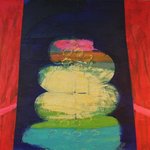 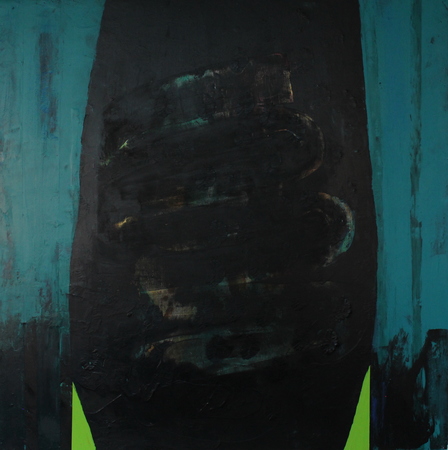 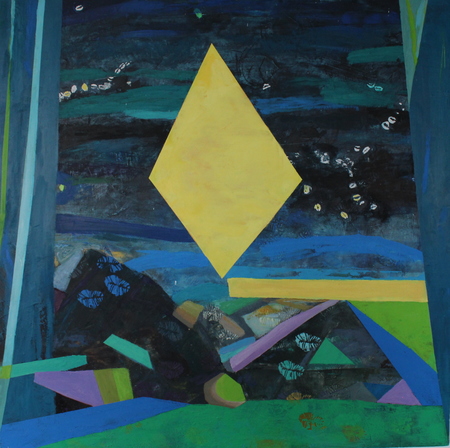 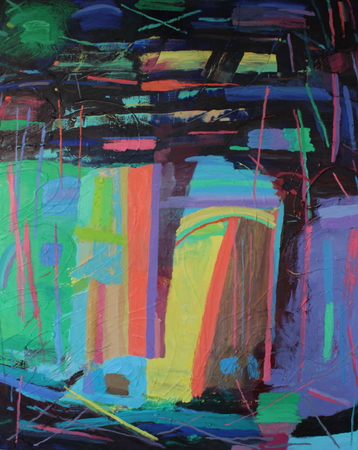 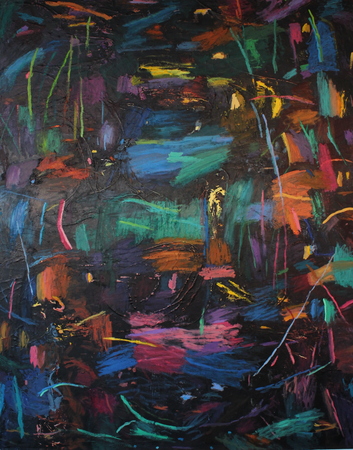 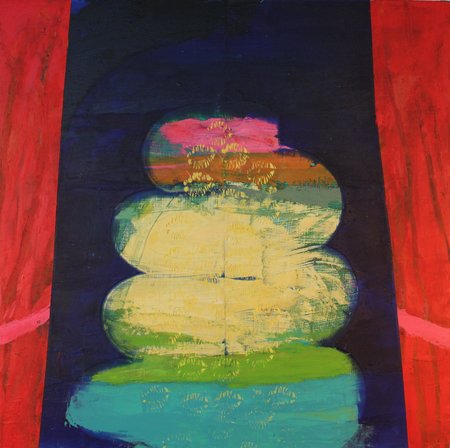