It " involved traveling from Halifax to Dawson City exhibiting the works of 14 Canadian artists whose work responded to the theme of ‘trade and exchange’." from www.mccleavegallery.ca

The suitcase by Pearl Van Geest was filled with Band-Aids, a selection of red lipstick, gel medium to seal in the kisses and instructions to "leave as many kissed band-aids that you can and take as many as you need." 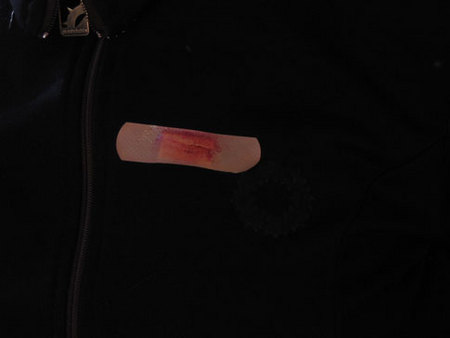