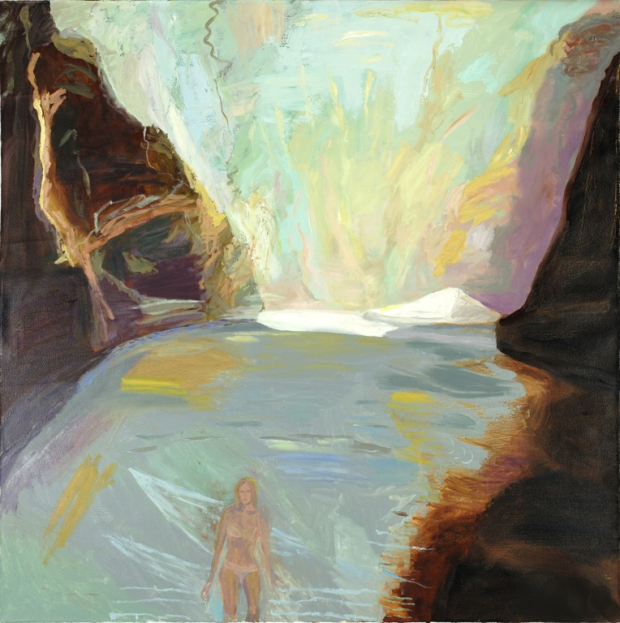 The Brink refers to the idea of a moment in time or place where things are in flux. It is a moment poised between possibilities, a temporarily arrested point in duration – an accumulation of past incidents in the process of becoming. We are both witnesses to and part of this flow.

We are subjected to a deluge of images everyday, framed already for us: glamour and myth laid out in magazine spreads; perpetually renewing online input whereby everything is captured – from the euphoria and catastrophic to the mundane; viral photojournalistic shots of moments of devastating poignancy; film stills; advertisements…. and then we are constantly extracting, framing and reconstituting the world around us with own phones and cameras. For reasons that I purposefully decline to analyze too closely – at least initially – I am compelled by and collect particular subsets from this overflowing of visual constructions. 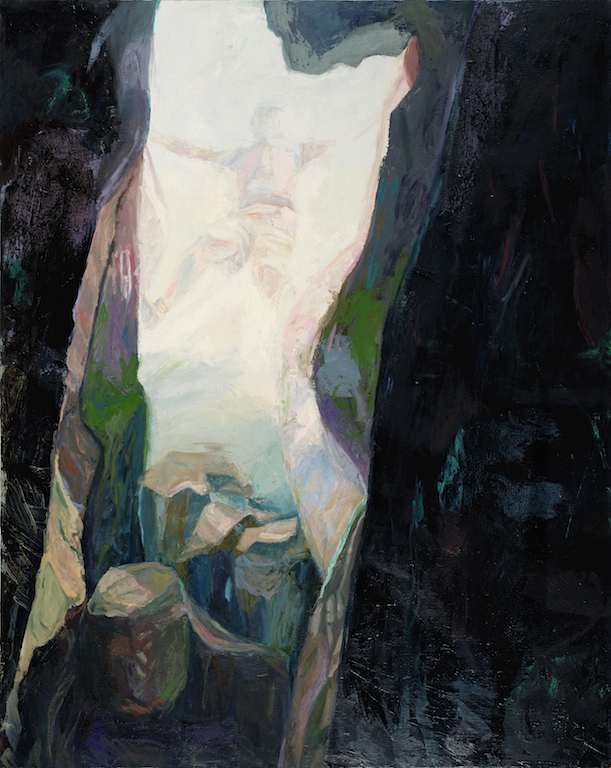 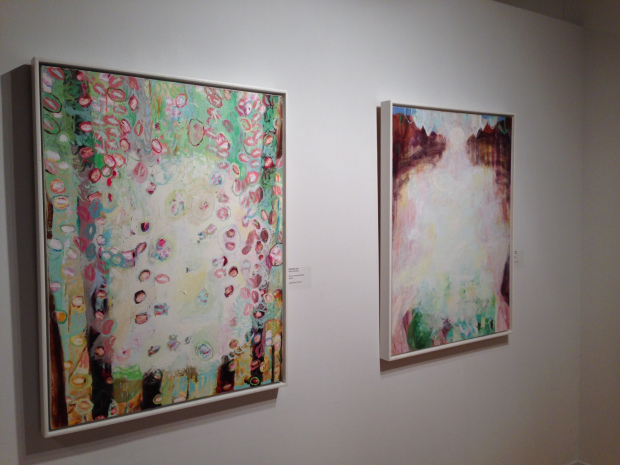 The Brink and The Burn installation at Coldstream Fine Arts, 2017.

After accumulating a critical mass of imagery, commonalities become evident – keyholes and openings between one world and another, between an inside and an outside; frames within frames; ideas and imagery around junctures, fissures, ruptures and trauma where story, narrative and meaning are open; images of explosions, radiating light and places and times between creation and destruction; holes, breaches and spectacle. It is the moment where something can be one thing or another – or another. It is from this collection that I chose images to paint, in a form of interpretation and translation. 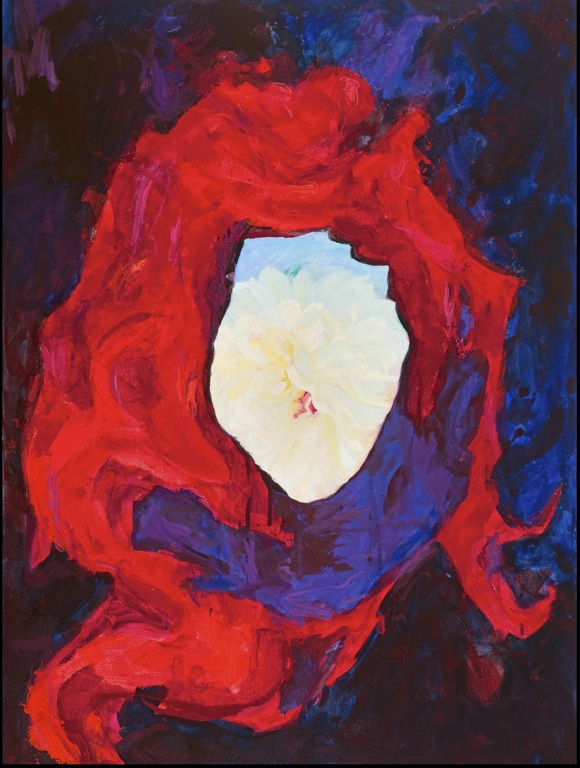 While each painting begins as a more or less representational interpretation of a particular image, I then subject each one to a process of transformation. In some of the paintings the imagery emerges relatively unchanged, while in other cases the image is transformed beyond immediate recognition as I extract and focus on content other than just the strictly mnemonic. In some paintings I apply layers and layers of paint or slash the canvas to open the surface up to drips and interruptions. I place curtains or other framing devices that obscure what is behind them while also directing the eye to what is revealed between them. This allusion to painting as a performative stage is carried over in other ways: by the holes that suggest spaces behind the frame of the painting, by kisses placed on the surface of the painting, by paint application that references “action painting”, by the lifting of the canvas off from the stretcher and by the source imagery itself. 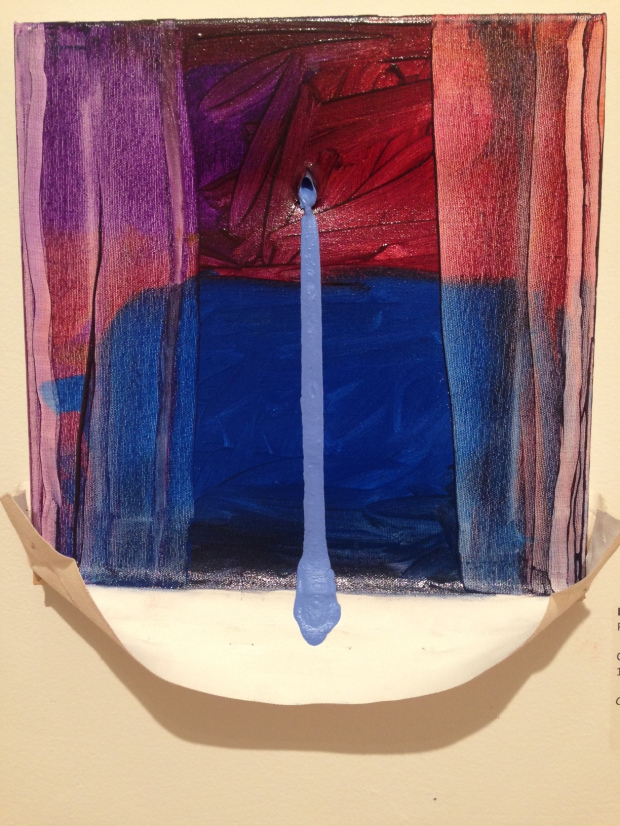 These images are sometimes buried beneath layers of paint but they none-the-less always inform the means – and ends – by which the translation from the photographs into the paintings take place. Instead of a direct translation from one form (the visual and virtual) to another (the physical and tactile object) whereby the original is completely overwritten, the process of call and response that I engage in has resonances with the idea of metramorphosis, described by Alison Rowley in her book Helen Frankenthaler: Painting history, writing painting. In this way of approaching translation the original is not overwritten nor is one form completely exchanged for another; rather in a process of exchange and expansion the original is incorporated into the new form.

This is an idea that speaks to my experience of painting and I read Rowley’s descriptions with the delight of recognition. Rowley describes “a certain kind of attention” that she identifies in Helen Frankenthaler’s working process as shown in the 1978 film Frankenthaler: Toward a New Climate. “It is clear enough, though, that a sense of timing is crucial to the process. Timing implies a relation, a finely tuned sense of when to come in. With that slight hesitation signifying acute attention Frankenthaler enters her painting like a vocalist in a song whose instrumental line has already begun. It is difficult to say with any certainty, then, whether the first mark is an initiation or a response. “ [1]

Making a painting is thus an encounter. Further to this idea of a rhythm between attention and action –that a painting is created as much in the looking as it is in the mark making– is the slippery nature of painting itself. Able to move between material presence and visual representation, this faculty further complicates the process of translation between the photograph and the painting – between the illusionistic space of the photograph and the more gestural and tactile language of the painting – that can be at the same time operating in this illusionistic space. While a bit of a simplification, the materiality of the paint can evoke a somatic response while the visual can read as more conceptual thus speaking both to “corporeal and cerebral logics.”[2] This tension sometimes complements the imagery and sometimes counters it, both within an individual painting and between the paintings in the exhibition. 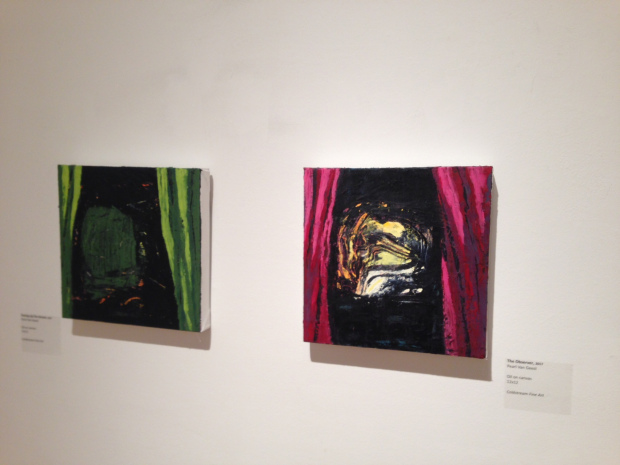 Tearing Up the Streets and The Observer, 2107. Installation View Coldstream Fine Arts.

While playing with allusions to history, metaphor and symbol, I aim to evoke somatic responses that address and are felt by the body. I am looking for meaning in both places. I am translating a portion of the imagery that has passed by my eyes, categorized by idiosyncratic and personal criteria but hopefully speaking to broader issues as well as concerns about painting itself. I aim to discover resonances and echos between the imagery and the painting – in the action of its making and final resting spot; between each painting in relation to the other and internally within each painting itself. 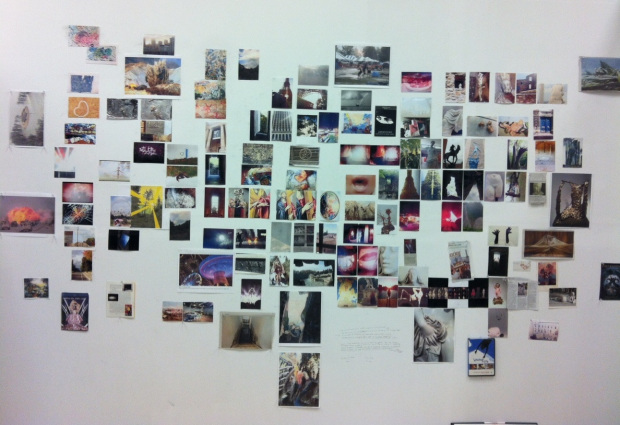 A collection of source material showing some of the imagery and ideas informing the paintings. 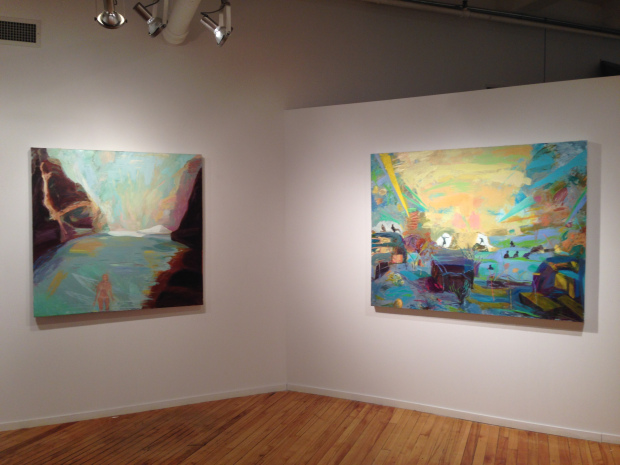 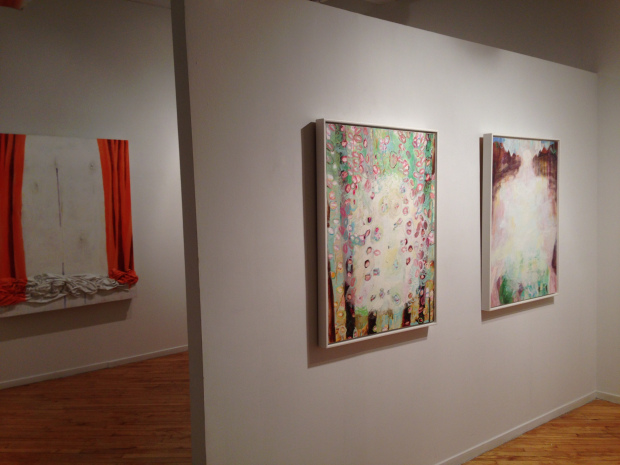 The Brink, installation view showing Be There, The Brink and The Burn. 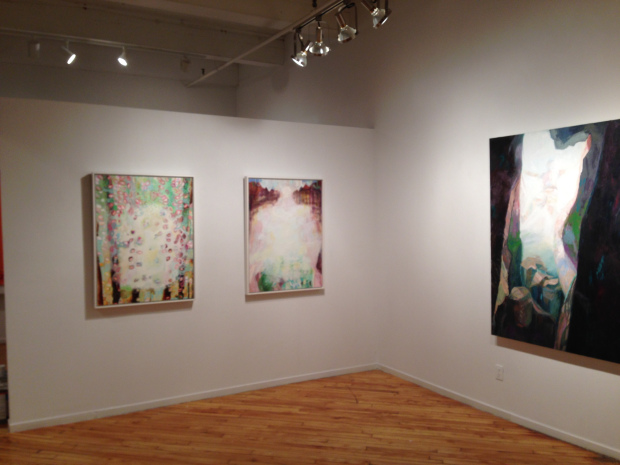 The Brink, installation view showing The Brink, The Burn and Cave. 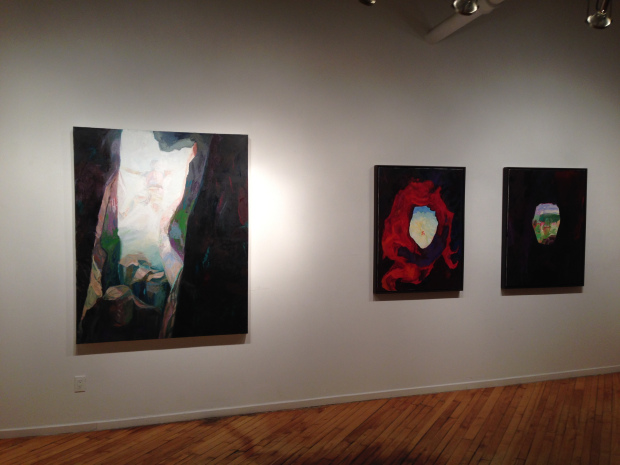 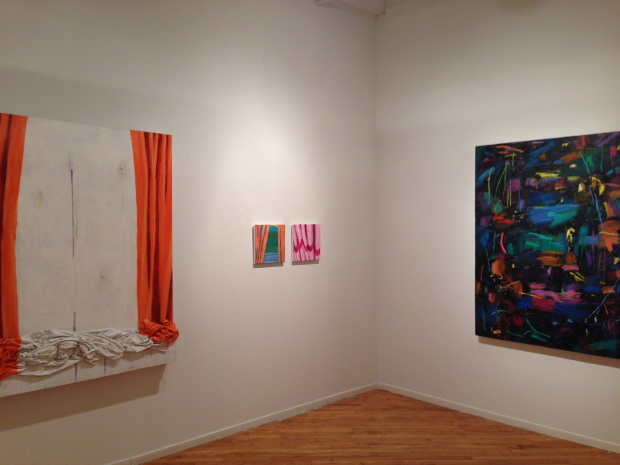 The Brink, installation view showing Be There, Refraction, The Waves and On Through the Night. 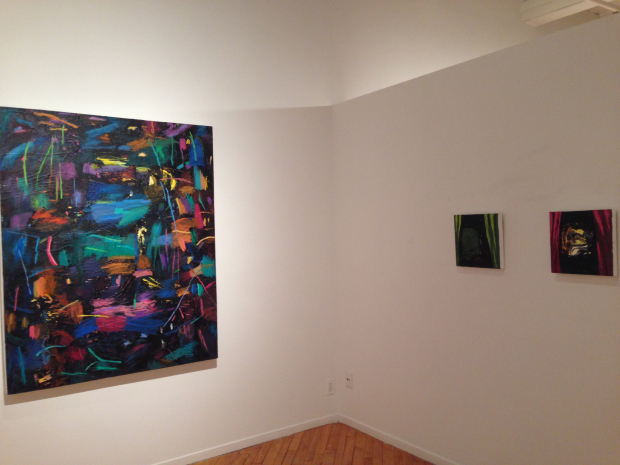 The Brink, installation view showing On Through the Night, The Observer and Tearing Up the Streets. 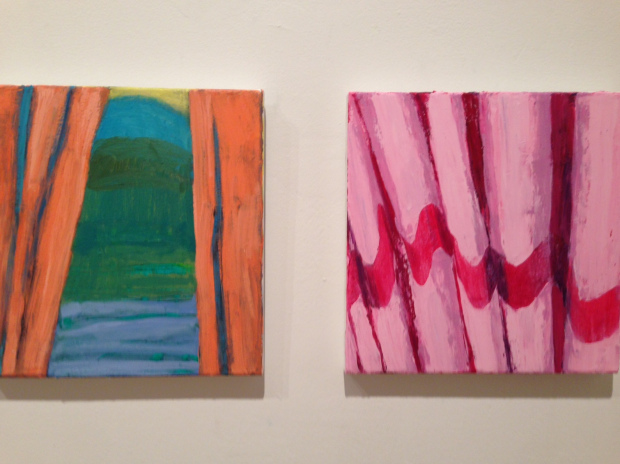